Lend Your Voice to Rural America 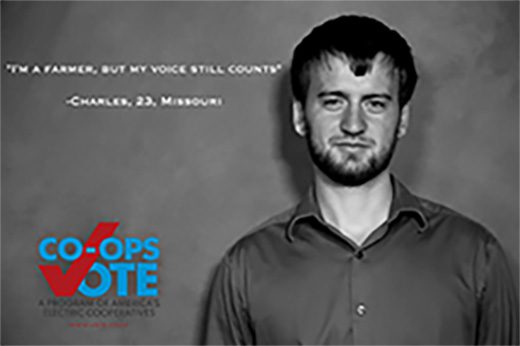 In 2016, rural America played a big part in our national elections – 500,000 MORE rural voters went to the polls than in 2012. In 2018, we saw more candidates and elected officials visiting cooperatives than ever before and engaging in dialogue about rural issues of importance.

This year, electric cooperatives have the opportunity to play a vital role in encouraging rural voter turnout and engaging on issues that matter most to our communities. With all the noise of a Presidential Election, we need to work harder to remind our elected officials that rural issues matter.

Electric co-ops are not-for-profit energy providers that are owned by the members they serve. They provide coverage for 88 percent of our nation’s counties. They are a foundation in their communities and their members can make a difference in lending their voices to issues like rural infrastructure and broadband, and maintaining access to affordable, reliable electricity.

To ensure that all electric co-op members exercise their civic duty, the National Rural Electric Cooperative Association (NRECA) created the Co-ops Vote program in 2016. This national, non-partisan initiative remains quite simple at its core: to ensure that members are registered to vote, go to the polls for every election, and ensure that rural issues remain part of the national discussion.

By participating in the Co-ops Vote program, co-op members send a resounding message that all candidates – at all levels – need to put rural America’s concerns front and center in order to earn our vote. We’ve proven that with millions of electric co-op members speaking out with one voice, we can have a major impact in making our top issues part of the national conversation.

I encourage everyone, regardless of their political beliefs, to join America’s electric cooperatives in this national effort. Let’s continue to stand up for the priorities of the rural electric co-op community – it’s more important now than ever. Learn more at www.vote.coop.